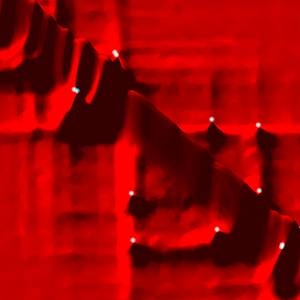 Juicebox VR
RAVE
Juicebox VR creates a virtual reality representation of data generated by the Hi-C method for three-dimensional genome sequencing. Every 2D position in the landscape corresponds to a pair of 1D positions, or loci, in the three-billion-letter-long human genome. The height at the 2D position represents how often the two loci are in contact in the nucleus of a cell.


Since nearby loci frequently bump into one another, a massive 'wall' of short-range contacts bisects the landscape. Square plateaus coming off the diagonal correspond to condensed genomic domains, called contact domains. Peaks in the landscape correspond to loops in the genome. Contact domains are often demarcated by loops, which is why the square domains frequently have peaks in their corner.

The controller will fly in whichever direction you look. Look straight up for a super jump.


The data is drawn from:

Note that the data used to generate the landscape is an extremely tiny region from a full, genome-wide map. The full contact map for the human genome is a trillion times larger than this map.


Learn more about our work at www.aidenlab.org.


IMPORTANT: To properly view the app, a Virtual Reality headset, such as Google Cardboard, Durovis Dive, or Samsung Gear VR should be used.
WEITERLESEN
25
0
0 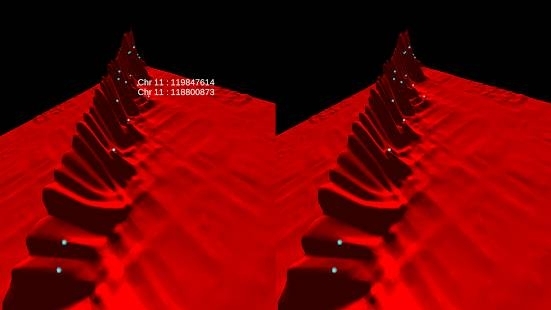 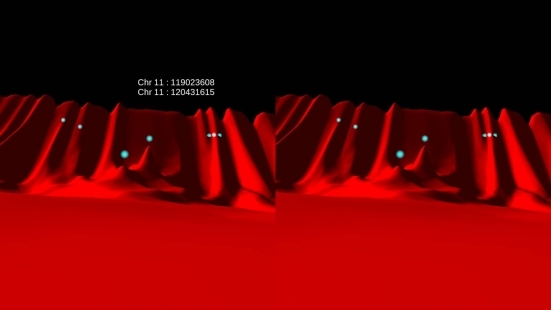 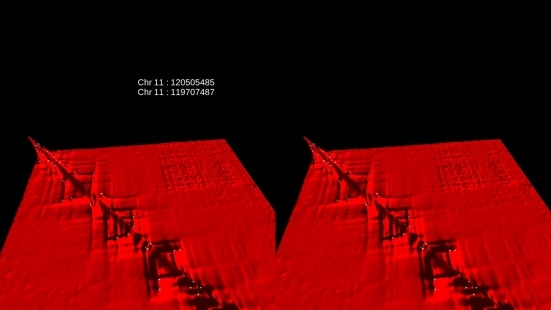 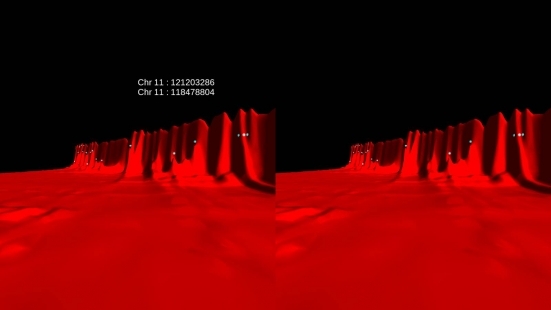 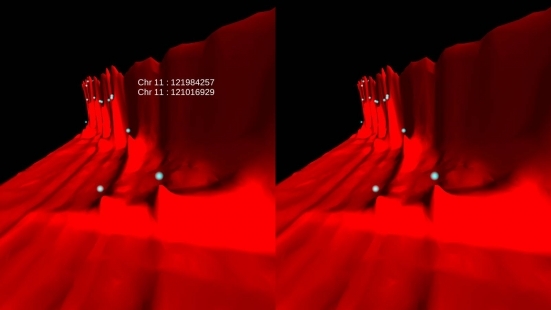 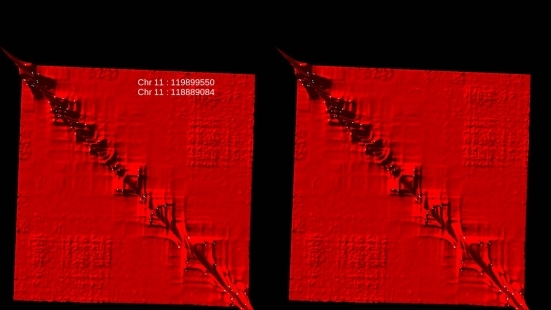 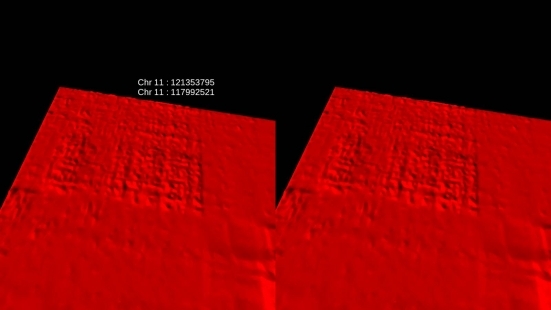