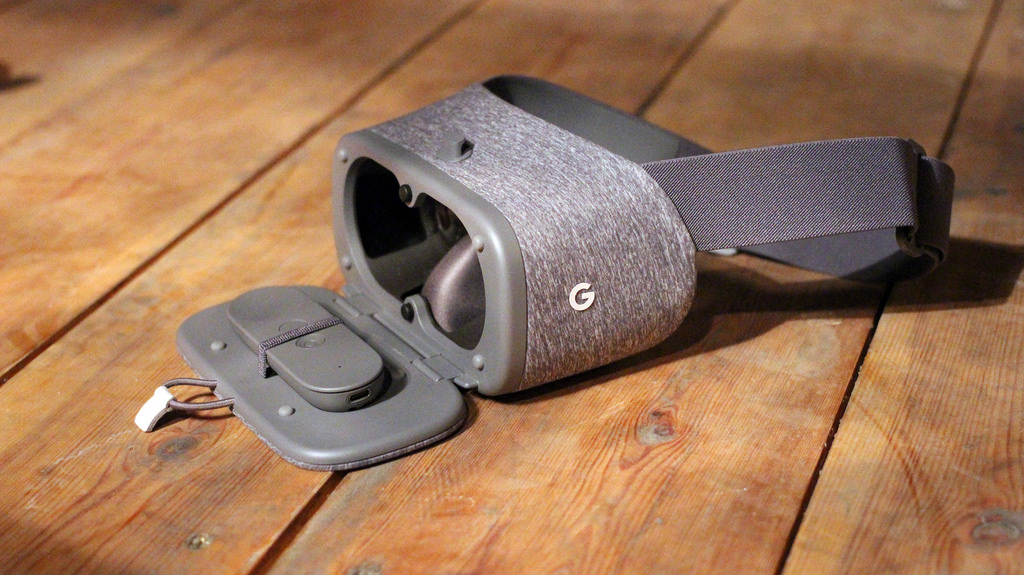 Google’s Daydream View headset was significantly lower last week, discount given by Verizon. People are now wondering whether a new model may be on the way, considering that Daydream View has never been sold at such a cheap price (only $39.99).
Daydream View is equipped with a soft-cloth VR viewer, which is also the compatible mobile phones’ support. In addition, Daydream View comes with a wireless controller that makes possible to navigate through VR menus and to play games. Google’s online shop and other shops sell the headset at full price, Verizon being the only one that comes with such a drastic price dropping.
When Google first introduced Daydream View headset, its starting price was $79.99. Backthen, the only compatible phones were the Pixel ones, but now the company works with plenty of other manufacturers, including Samsung which added support for Daydream to its Galaxy S8 and Galaxy S8 Plus earlier this summer.
At the Google I/O developer conference held in may, Google announced that the company will work with HTC and Lenovo in order to create a Daydream-branded standalone VR headsets that will run independently of the phone.
All in all, Google could always decide to update Daydream View for it does not include a complicated technology, aside from the controller and a NFC chip in the headset itself. For example, Gear VR headset has been updated by Samsung numerous times since its debut in late 2015.