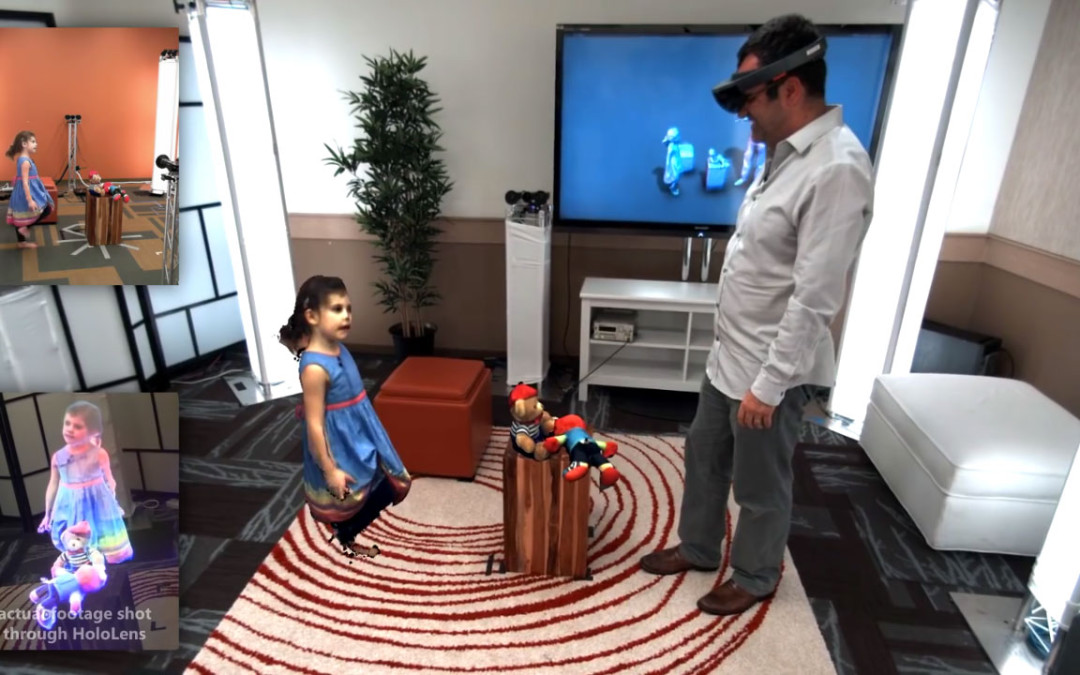 Microsoft using their AR Hololens technology have become very close to what only Star Wars and SF writers have envisioned: a virtual 3D teleportation in real-time or a holoportation, in their terms.

So what is Holoportation? You could say it is a technology that allows high quality 3D models of people to be reconstructed, compressed, and transmitted elsewhere in in real-time. Of course the receiver has to have the Microsoft Hololens to see and interact with the remote participant as if they are actually present in the physical space around them, thus communicating and interacting with remote users becomes more natural.

The fun thing about this tech is that the interactions can be recorded and played back for later viewing. Here is a link to a cool demo: