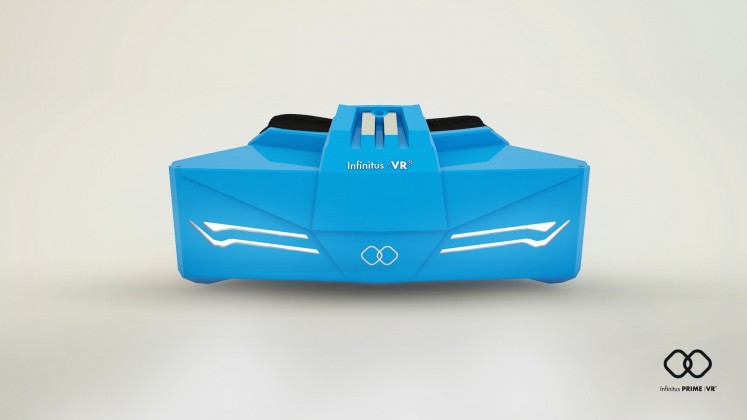 The Infinitus Prime tVR headset packs two 1440p displays, has a super wide field-of-view of 140° and works on Windows, Mac OSX and Linux.
Currently its field of view it is surpassed only by the Starbreeze owned StarVR that also boasts a 5k horizontal resolution, but ramps the FOV up to a staggering 210 degrees.

But with this kind of features the Infinitus is not aimed at the regular consumer but at the industrial applications. In this regard we can add that the price is $3,000 and that you’d need an extremely expensive computer to animate all that high-resolution display, not to mention that the Infinitus brags that it is currently the only multicast HMD (ablity to operate multiple HMDs from a single computer). Minimum requirements have not yet been specified, however, to give us an idea, Marek Polcak, CTO of Infinitus Global, expanded

“the HMD is 5k res, we had quite a few problems with playing content in the beginning, so we had to develop our own VR video player that Plays videos up to 16k, however, 4k is fluent, even in integrated graphics in laptops. 8k is a bit slower and for 16k we recommend a GTX Titan.”

Recently nVidia announced two new models, GTX 1070 and GTX 1080, that are more powerful than the Titan, but we’ll see if those are enogh to actually use the multicast feature.