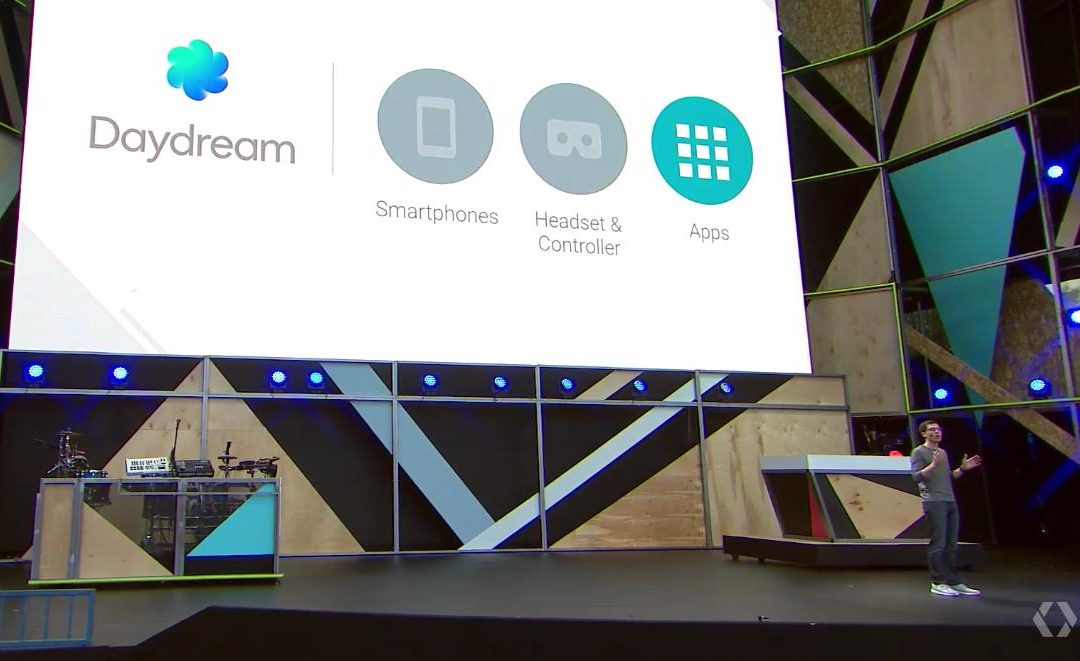 Google has a new VR platform
Daydream is Google’s newly announced Android VR platform. Daydream will bring to a set of smartphones the quality that Samsung’s Gear VR currently offers, but will be built as a core element of the Android ecosystem therefore not being limited to a subset of phones from a single manufacturer.

Google is planning to make a VR headset: Daydream VR HMD
Clay Bavor didn’t announce a fixed release date for this HMD, but suggested that devices will start rolling out towards the end of the year, about the time the phones that support Daydream will hit the market.

A smart speaker for the smart home: Google Home

Google Home is a direct competitor of Amazon’s Echo. The device will be able to enjoy music and entertainment, ask Google, manage everyday tasks and to connect and function paired with other devices of its when you want to have one in each room, for example. Google home is scheduled to appear also towards the end of this year.

Google’s assistant is getting smarter and more chatty
Google’s assistant is able to understand questions considering multiple kinds of contexts — it can figure out what you’re asking for and give you suggestions relevant for the context, and even take actions on your behalf with other apps like OpenTable. Search “Indian restaurants” and it will search and list options and then suggest a time for a reservation.

Android N is smarter, faster, better
Android N will bring split-screen multitasking, quick settings buttons, and a new set of emoji. Other new features include more control over notification size from different apps and a new picture-in-picture mode. N could also be a better platform for gaming thanks to a battery of optimizations and a new API called Vulkan that lets developers directly control a phone’s GPU for sharper 3D graphics. The biggest addition to Android, though, will be the VR Mode.

In total Android N has more than 250 new features and enhancements, and Google promises to make it available later this summer. A “beta quality” version of Android N is available to download today for Nexus devices and the Pixel C tablet.

Android Wear 2.0
Android Wear 2.0 will be released this fall and the biggest update to it is that apps can be run standalone without the need for a phone nearby.