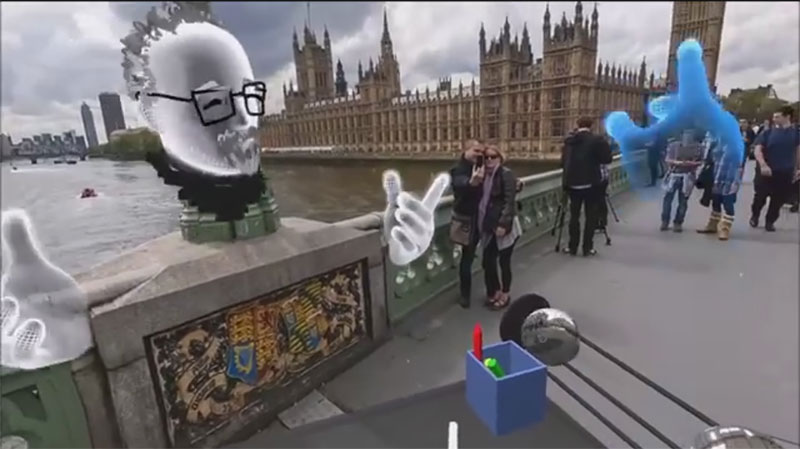 Facebook is on fire! Not literally, but at their F8 conference they unveiled their plans for the future and they had quite a few interesting projects. Among them is Social VR Prototype, presented on-stage live by Facebook CTO Mike Schroepfer and by Social VR product manager Michael Booth who was miles away.

Schoepfer and Booth entered Facebook’s environment, both of them wearing the Oculus Rift and Touch hand controllers. They shared the interactive space together, despite the distance between them, and they went through a few 360 photographic tours in the last one even taking virtual selfies and uploading them directly to the Facebook News Feed.

Many viewers were impressed while others not quite so. We will see in the near future if this kind of interaction will be preferred over Microsoft’s holoportation.

Here’s a video from the conference: