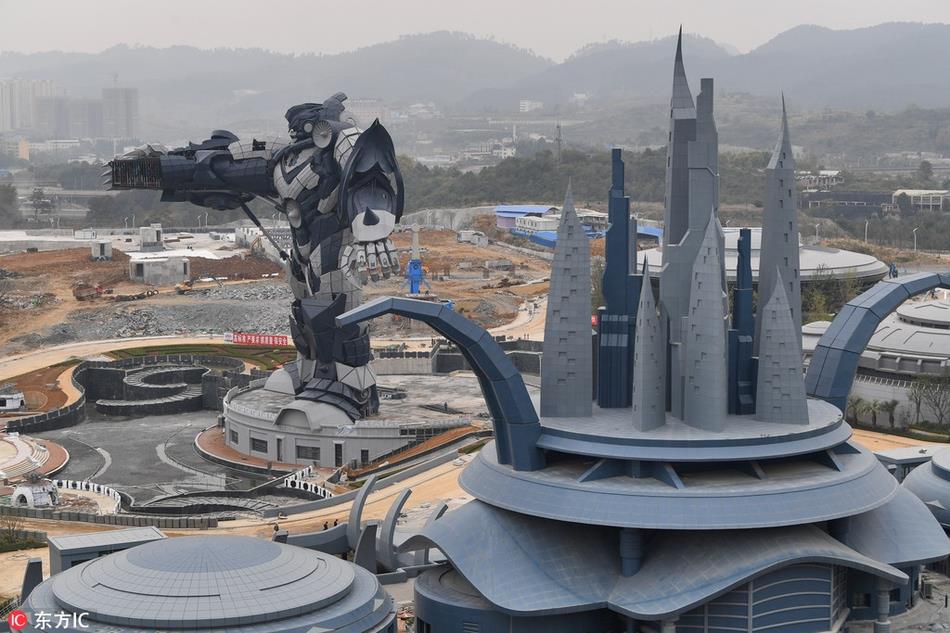 China’s first virtual reality theme park, simply named ‘Oriental Science Fiction Valley‘, will open its doors in southwestern Guizhou province, which is one of the poorest regions in China. The park aims to draw more tourists, bring in more money and to capitalize on China’s steadily growing VR industry.

The 330 acre (134-hectare) park promises 35 virtual reality attractions, from shoot-’em-up games and virtual rollercoasters to tours with interstellar aliens of the region’s most scenic spots. For a start, there’s the 53-meter-tall Transformer made of 750 tons of steel (the weight of nearly two Boeing 747 airplanes )which towers over the park.

In December is set to be completed the first phase of the theme park, the ‘Alien Base’. There will be 15 themed pavilions across the park offering up VR rollercoasters, cinemas, as well as children’s play areas and plenty more for the whole family.

And with rides including everything from battling dragons to exploring the galaxy, it’s sure to give  visitors a much more different gaming experience.

“After our attraction opens, it will change the entire tourism structure of Guizhou province as well as China’s southwest. This is an innovative attraction, because it’s just different. ” Chief Executive Chen Jianli said.  Also, it is said to hit almost $8.5 billion by 2020, state-backed think-tank CCID has said.

The Guiyang park will offer tourists bungee jumps from a huge Transformer-like robot, and a studio devoted to producing virtual reality movies. Most rides will use VR goggles and motion simulators to thrill users.

“You feel like you’re really there,” said Qu Zhongjie, the park’s manager of rides. “That’s our main feature.”.

On the other hand, this big development made the farmers who live in the nearby village of Zhangtianshui  be concerned about the pollution, but they looked forward to the economic benefits a new theme park would bring. Most people were less sure about virtual battles or alien invasions, though. “There are lots of good things that come out of these projects. As for the virtual reality, I don’t really understand it.” said one farmer, Liu Guangjun.

All in all, China is the world’s most important market for VR, there being more than 200 active virtual reality (VR) and augmented reality (AR) startups in China and more than 5,000 VR experience zones across the country.