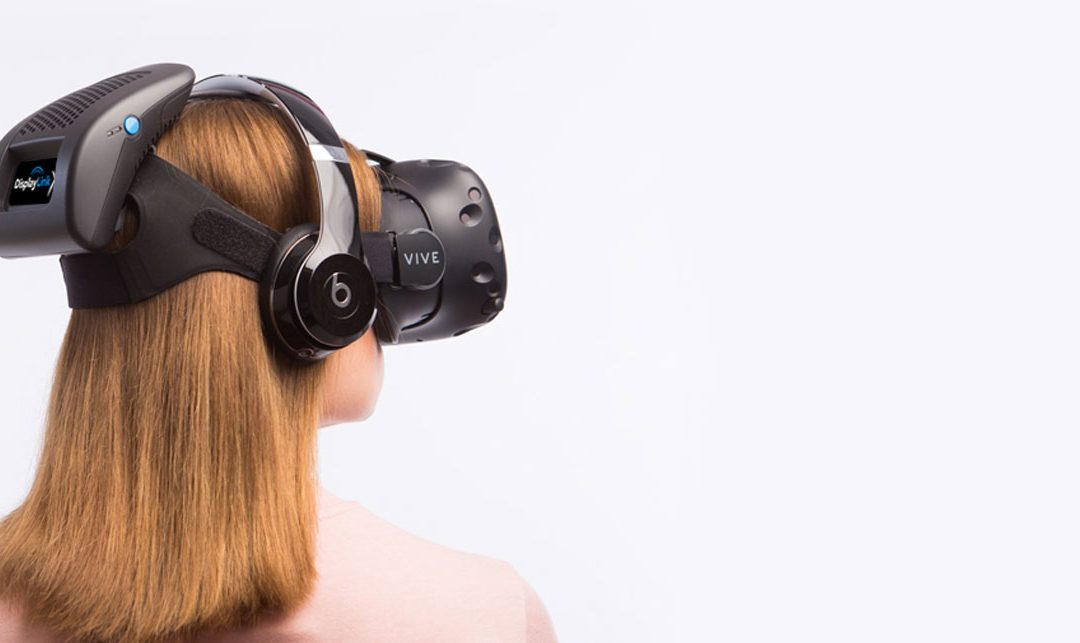 We all agree that wireless headsets are the future of VR. Currently the cords are a limitation in that sense and sometimes they really bug the user and take away from the immersion. The sooner companies are able to get wireless headsets out with higher resolutions, the quicker VR will take off.

Introducing DisplayLink Wireless Vive, presented at E3: being untethered in a wireless VR headset with 6 degrees of freedom hand controls running at 90 fps is what VR should be about.

The guys at uploadvr We tried out a pair of wireless accessories for Vive at E3, but the one from DisplayLink seemed to get everything right. Wearing it didn’t even seem like it was there. The receiver’s position would also keep it out of the way of over-the-head headphones. Two fins on the top are the antennas so it can make a better connection with an overhead transmitter too. After five minutes with the unit they didn’t notice any additional latency or loss in visual quality.

We absolutely cannot wait to see companies turn these types of units into consumer products as we think everyone that owns a Vive is likely to want something like this. Getting rid of the wire is such a freeing experience nobody is going to want to go back to a wired headset. Head on to DisplayLink website to find out more about their technology.