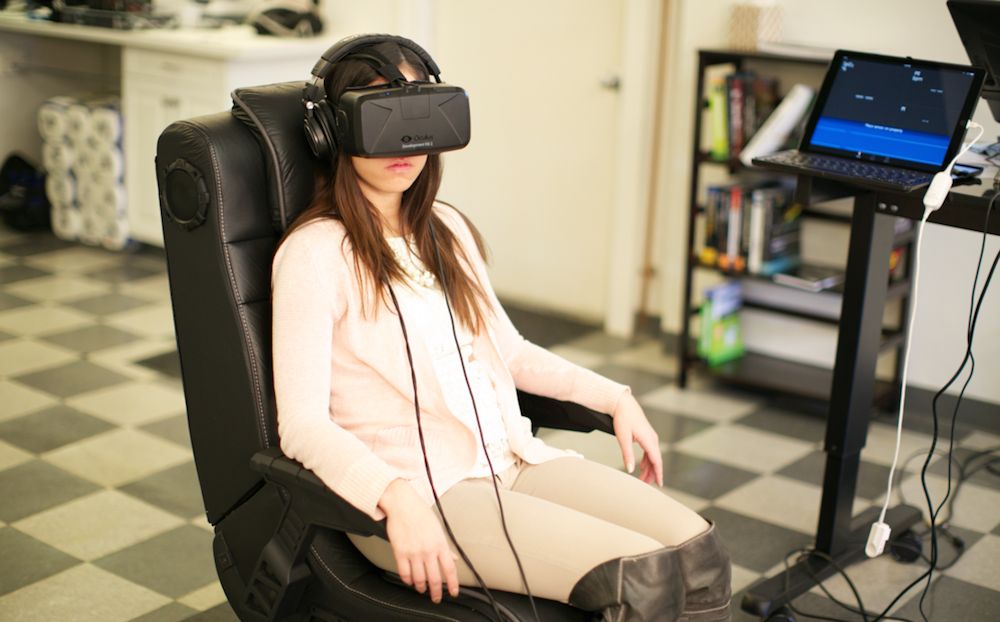 As a lot of people anticipated, VR technology is now used to treat phobias and post traumtic stress disorder. Thomas Overly, therapist and psychologist at VR Therapy in Grand Rapids, Michigan, helps patients that suffer from phobias and post-traumatic stress disorders using an Oculus DK 2. With Unreal Engine 4, he creates VR experiences that replicate the patients worst fears. “VR enables the impossible,” Overly said. “It has the potential to solve problems that were not solvable before.”

It’s easier to face your deepest fears knowing at all times that the experience you’re immersed in is not actually real. People could take baby steps in conquering their fear of speaking in public, fear of stray dogs, fear of heights, etc. An artocle in San Francisco Examiner reported that two Santa Clara students are also using VR to treat phobias. “We had to create a project that had a social benefit as well, and we were looking at virtual reality as a general field to work in,” said Thurston, one of the students.