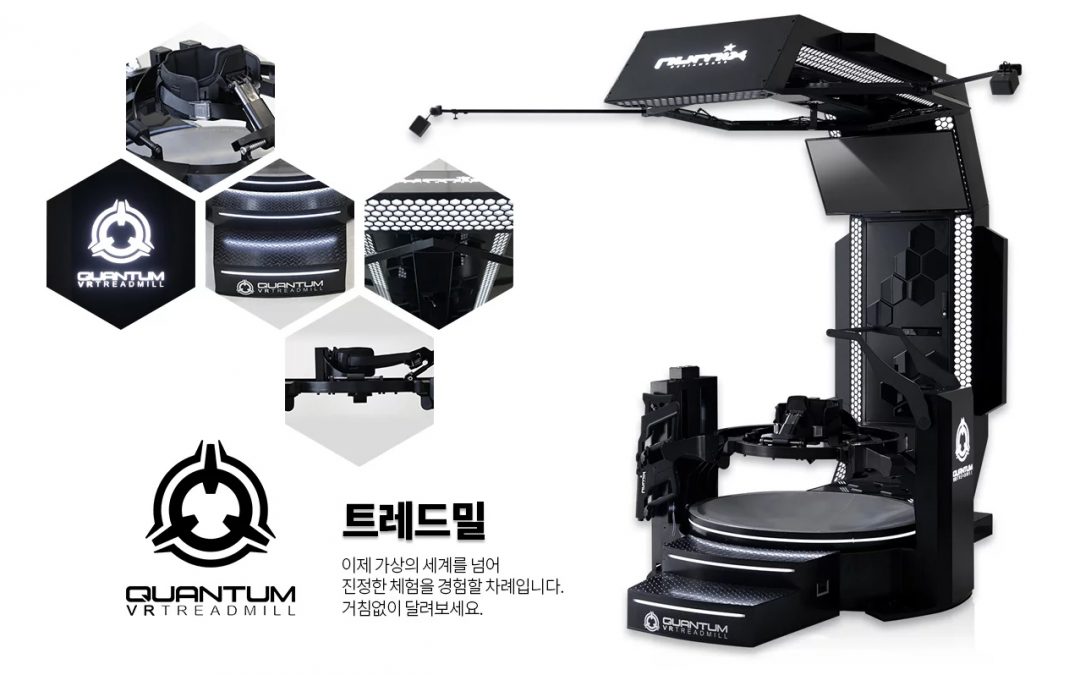 The first person shooter game that gives a realistic game experience of walking through a maze of monsters, a jungle and in the space is Numix Media Works’ Quantum VR Treadmill. On Monday and Tuesday, the treadmill was presented for the first time at the NEXT Content Conference at Coex in Samseong-dong, southern Seoul.

Han Sung-bok, the Chief Technology Officer at Numix said: “Majority of the released VR rides are experiential. They let the riders sit tucked in and watch the virtual reality world happen, without the players engaging in it”.

The next generation of VR hardware that expands a standstill deck to a 360-degree revolvable ground that can be treaded endlessly is the Quantum Treadmill, says Han.

Because it is a 4-D immersive game with gun consoles, the Quantum Treadmill differentiates itself from the other VR amusements that are already out in the market.

The player is able to walk in a sliding motion because the treadmill detects the sensors attached to the device. The player must wear the body band and the shoes and puts on the VR goggle. The concave disk that the players stand on balances the players`s movement, sometimes, tilting upwards or shaking to create the feeling of walking uphill and an uneasy encounter with a bloodcurdling monster. Also, the air compressors that gush out wind makes the experience a true four dimensional experience.
Numix has three games that can be played on the treadmill.
“We saw the mobile game market quickly becoming a red ocean and turned our attention to VR,” said the CTO Han. “And as we did that, we decided to expand our productions to not only the game’s software but also the hardware.”
This Korean company became focused on the VR market from 2014, but it established in 2011.
Numix will take the Quantum VR Treadmill to G-Star, after the NCC. G-Star is an annual global game exhibition at Bexco, Busan, which will run from Nov. 16 to 19.
NCC (NEXT Content Conference) is hosted by the Ministry of Culture, Sports and Tourism and supervised by the Korea Creative Content Agency, the two-day conference discussing the future of new media contents in the age of the ‘fourth industrial revolution’.