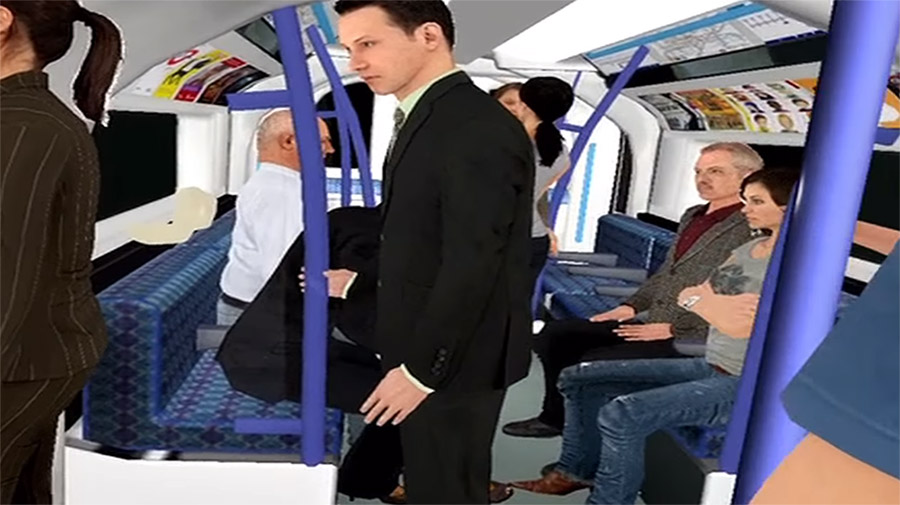 In the near future mental health clinics could look exactly like a VR lab. The VR concept appealed to quite a few clinics so far because of their capacity of replicating scenes of real life that might help patients relax, relief or simply contain their fears while facing a situation that otherwise in real life would make them anxious or… paranoid.

Professor Daniel Freeman from University of Oxford used VR to treat 30 patients that suffer of paranoia, which is an extreme form of mistrust and fear of other people. The patients are encouraged to get near the virtual characters, to see that nothing harmful will happen to them. In VR they are entering confined spaces like elevators or underground train wagons, which gradually, with every revisit in their 30 minutes session, gets more crowded.

Over half of the patients experiencing paranoia could have their symptoms alleviated immediately after this experience. Afterwards, when the patients entered real life situations they felt less stressed. Although the test do not have statistical value, the team at Oxford University is very optimistic about this technique.

“if the exciting promise of VR is realized, then in the future VR may have a central place in the treatment of mental health problems” said Freeman.