The roller coaster as a VR experience 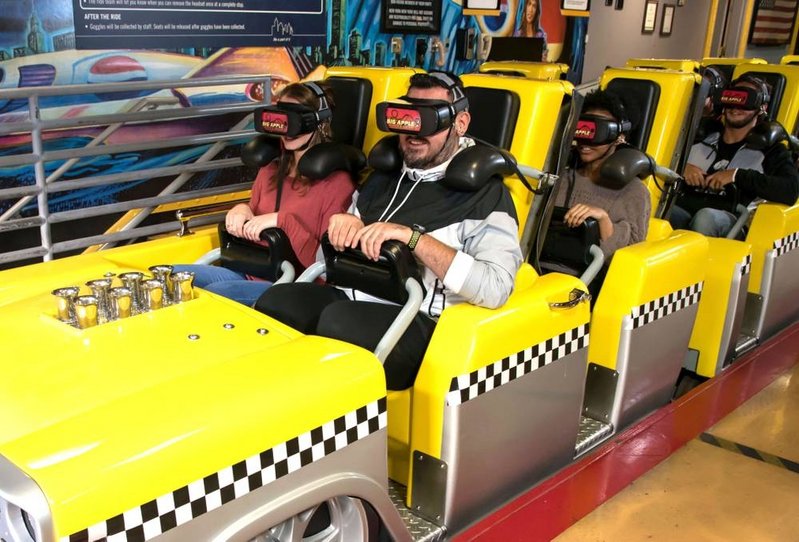 Since February 7, your main desire will be to re-ride New York-New York’s Big Apple Roller Coaster, if you are near to it. Why? Because MGM Resorts will debut the most important change in the last 20 years, which consists in the using of VR in order to take riders on an aerial adventure through the Nevada desert and over the Las Vegas Strip. So now I would say ”Fasten your safety belts and prepare for liftoff!”.

The Germany-based VR Coaster, which has applied its technology to almost 40 international rides, designed The Virtual Reality Experience, including  the New Revolution at Six Flags Magic Mountain, located a few hours southwest of Las Vegas, Cedar Fair and Legoland parks. The first of its kind in Las Vegas, roller coaster will combine thrill-seekers’ need for speed with advanced, immersive graphics, resulting in a 4D experience that’s out of this world.

In order to reduce the chances of motion sickness, The Big Apple coaster trains and track will be equipped with sensors that synchronize the visuals with the ride, while wearing the virtual reality headset.

Interesting facts about it

This will be the longest coaster in the world equipped with virtual reality, measuring 4,777 ft. in track length.

The coaster also is the world’s first to feature a 180-degree “heartline” twist and dive maneuver. This, along with loops, negative Gs and top speed of 67 mph, gives riders a thrilling Las Vegas Strip experience

What does the VR Coaster’s co-founder say about the project?

Thomas Wagner, co-founder and managing partner of VR Coaster, said, “We’re very proud to have had the opportunity to work on such an iconic attraction. The creative freedom New York-New York gave us on all aspects of the ride, from storyboards to the final virtual reality application, was invaluable. Our most exciting accomplishment with this experience was the fact that we had never before incorporated three completely different environments into a single ride… the research facility, the desert and The Strip… each with its own creative and technical challenges.”.