Plex VR has been brought to Oculus and Samsung Gear VR 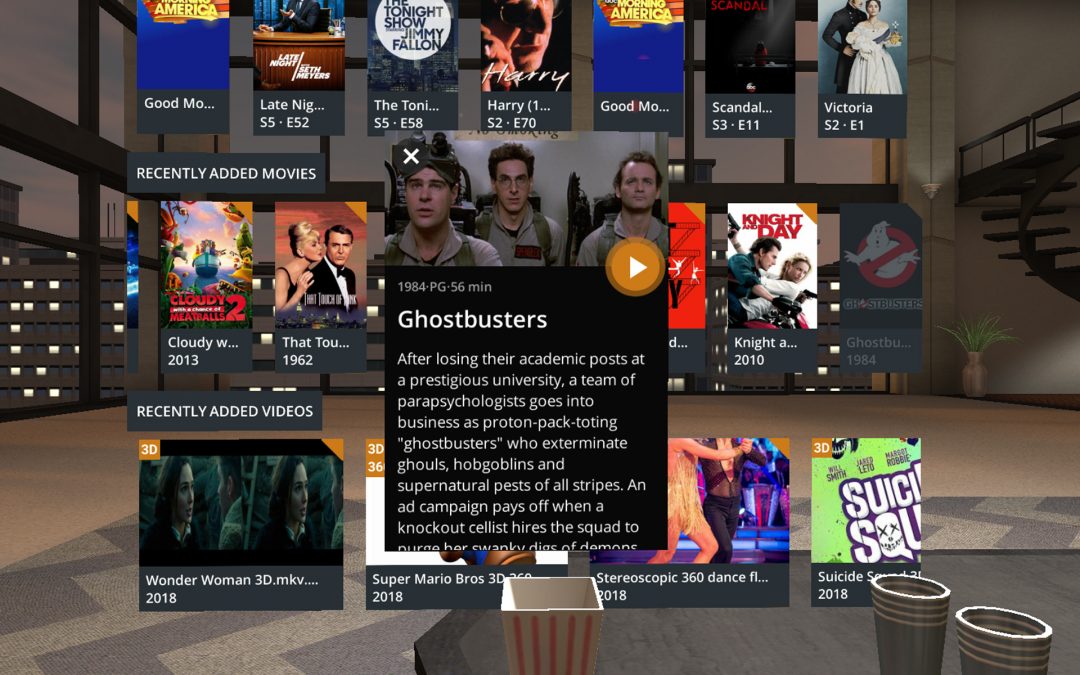 The popular media streaming app Plex launched an app for Google’s Daydream VR headset in January this year. But since this Thursday, their media center app is available for two more platforms: Gear VR and Oculus.

What is Plex VR?

Plex is a unique app which gives users the ability to browse, to watch movies and TV shows in VR and, restricted to just the Google Daydream, to join friends for co-viewing sessions in a virtual apartment. They are currently working in order for this function to be also available for the Gear VR and Oculus as soon as possible.

Plex supports 360-degree, 180-degree, and 3D videos and it is available on Android, iOS, Windows, Mac OS, and many TV platforms.

What do you need in order to access the app?

To use Plex VR you need a compatible VR headset, a Plex media server setup on your local network and have a Plex account to access any of your locally-stored content, as the VR app will need to be able to tap into this. Once that all that is checked, you can surely access the app.
Also, the new Plex app for Gear VR can be downloaded for free from the Oculus Store on Gear VR, and is expected to run on the soon-to-be launched Oculus Go headset as well.

What are the requirements for Gear VR?

Plex VR for Gear VR has the following hardware and software requirements:

All in all, thanks to the collaboration with a small community VR project called Plevr, Plex VR allows now Google Daydream, Samsung Gear VR and Oculus users to access their entire personal catalogues of television, film, music, pictures and other media all without taking off their headsets.