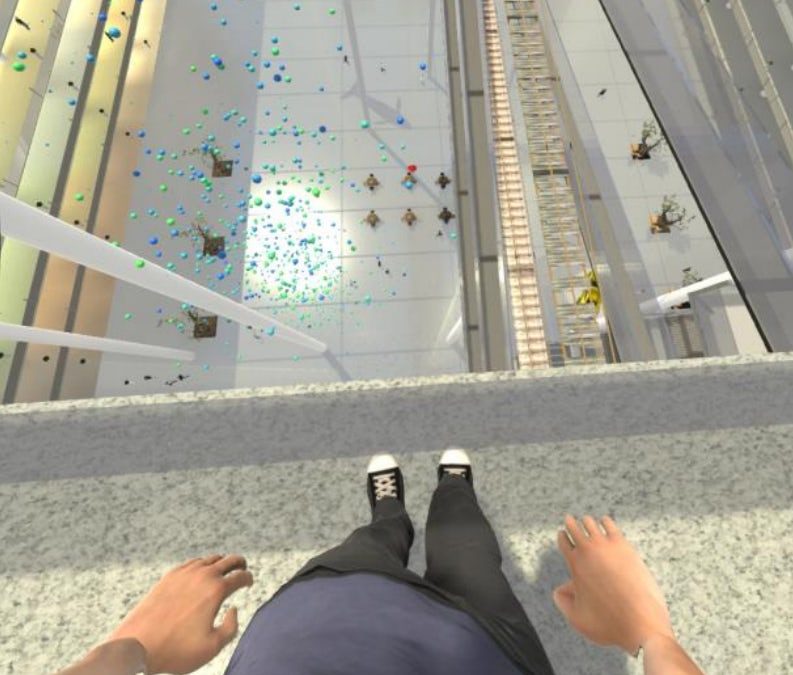 What is acrophobia? Can it be really cured through VR?

First of all, phobias consist in extreme and irrational fears when exposed, for example, to blood, spiders or to certain situations.

Acrophobia is, thereby, an intense fear of ”akron”, which is the greek word for edges and peaks, more precisely, it is the fear of heights and falling.

Fortunately, we live in the 21st century, an era of a technology that is continually developing and advancing and ready to be inserted in a multitude of areas, such as health, education and economy. The answer to my previous question is therefore: YES!  Acrophobia and other phobias can be overcome with virtual reality.

Who are the ones who drew this conclusion and how?

A group of researchers from the National Institute of Health Research Oxford and from Oxford University’s Department of Psychiatry  tested 100 volunteers diagnosed with acrophibia for two weeks in 6 sessions of 30 minutes. They wore a VR headset and were immersed in some dizzying experiences such as entering a virtual office complex with ten floors and a large atrium space.

First, they had to execute simple tasks such as watching a safety barrier to a drop gradually lowering and then, the tasks became more difficult  like walking out on a platform over a large drop. Other tasks also included playing a xylophone near an edge, rescuing a cat from a tree and throwing balls over the edge of a drop.

What do the researchers have to say about this project?

Daniel Freeman, one of the team leaders on the project explains: “We designed the treatment to be as imaginative, entertaining, and easy to navigate as possible. We were confident the treatment would prove effective, but the outcomes exceeded our expectations. Over three quarters of the participants receiving the VR treatments showed at least a halving of their fear of heights. Our study demonstrates that virtual reality can be an extremely powerful means to deliver psychological therapy.”.

He also said:  “But what’s even more exciting is the prospect of using VR to tackle serious and widespread mental health problems, such as depression, psychosis, and addictions.”.

All in all,  this study demonstrates that virtual reality can be an extremely powerful means to deliver psychological therapy.