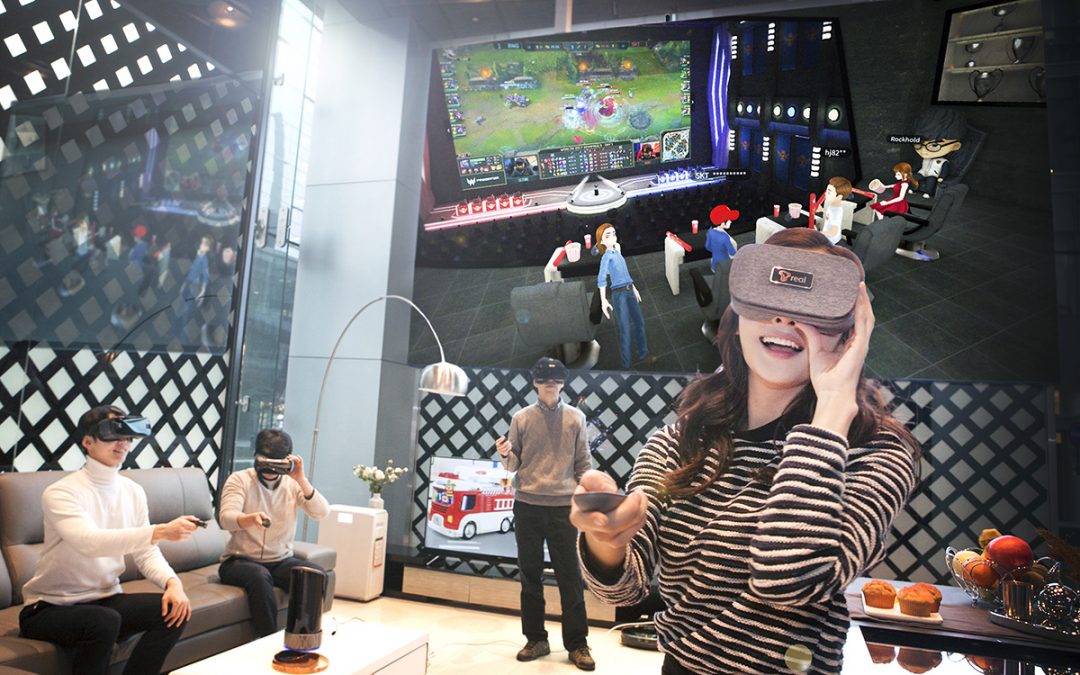 What is Oksusu Social VR?

This VR platform is a complex innovation  which was designed to enable people all over the world to engage  with video content and interact with the others inside virtual worlds as if they were in the same place together.

What does it offer?

The implementation of 5G networks is seen by SK Telecom as an important step for VR adoption, especially when it comes to mobile VR. The company notes in a press statement: “Most of the VR content provided currently are pre-made content played whenever commanded. The real-time online VR content platform is not available because the limited high-speed communications network is unable to support the full VR environment. Once the next-generation network, such as 5G, is applied to the VR platform, users will be able to enjoy high-resolution live streaming VR content in a real-time basis. For instance, a scenery of aurora from the north pole can be vividly presented via the VR platform, and a soccer match played in Spain can be enjoyed like if watching at the stadium.”.

At the MWC 2018, VR devices like Samsung Electronics Gear VR and Google Daydream will be used in order for the virtual world offered by ‘Oksusu Social VR’ to be enjoyed. SK Telecom has also adapted  avatars through its platform ‘T real Avatar Framework’. The avatars reflect the body movement, facial and emotional expressions in the virtual space.

When will it be commercialized?

SK Telecom plans to commercialize ‘Oksusu Social VR’ until the end of 2018, and it will expand this service in many industries like commerce, advertisements, entertainment and many others.