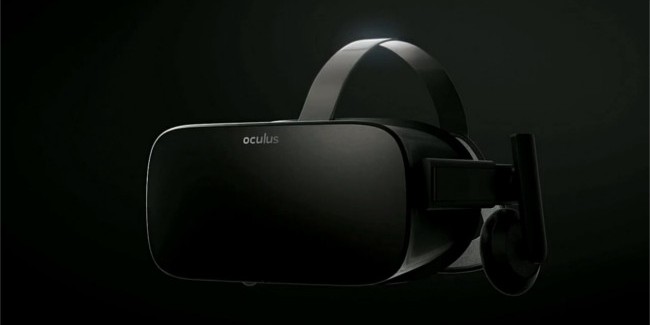 In a recent interview for PocketLint, Max Cohen, Oculus vice president of mobile, told that we are a long way from getting a true Holodeck-style experience. Long as in more than a decade away.

“Everyone wants the Holodeck, but we’re not there tomorrow. We’re not there in the next five years. In about 15 we’ll be there” … “We’ll get there incrementally. We’ll basically attack different sets of problems and we’ll try to make the experience as good as possible.”

One of the immediate goals for Oculus (and probably for the competition too) is to make the Rift wireless. Right now wireless does not go hand in hand with the processing power required for an immersive experience.

“Unfortunately, it’s currently not possible to get the Rift experience with a wireless head-mounted display. And we’re having spectrum problems all the time – I can’t even use Netflix and my baby monitor at the same time”

So, if you want to give it a try and have not preordered an Oculus Rift by now, you should know that shipments are now backordered to July 2016 and if preordering pace is maintained shipments will be pushed all the way until late Summer. Seems that there are quite a few Oculus fans out there.

In other news, following a Reddit AMA session last week, Oculus founder Palmer Luckey was asked, among other things, if Oculus is considering adding a “PTSD rating” to horror VR experiences on Oculus Store. In response Luckey said:

“No PTSD rating, but we are strongly discouraging developers from using jump scares. They are such a cheap way to get a reaction in VR.”

We couldn’t have said it better. Jumpscares are amongst the things that in our vision trivialize the true potential of what VR can bring.