New VR Resolutions: to step inside a supernova 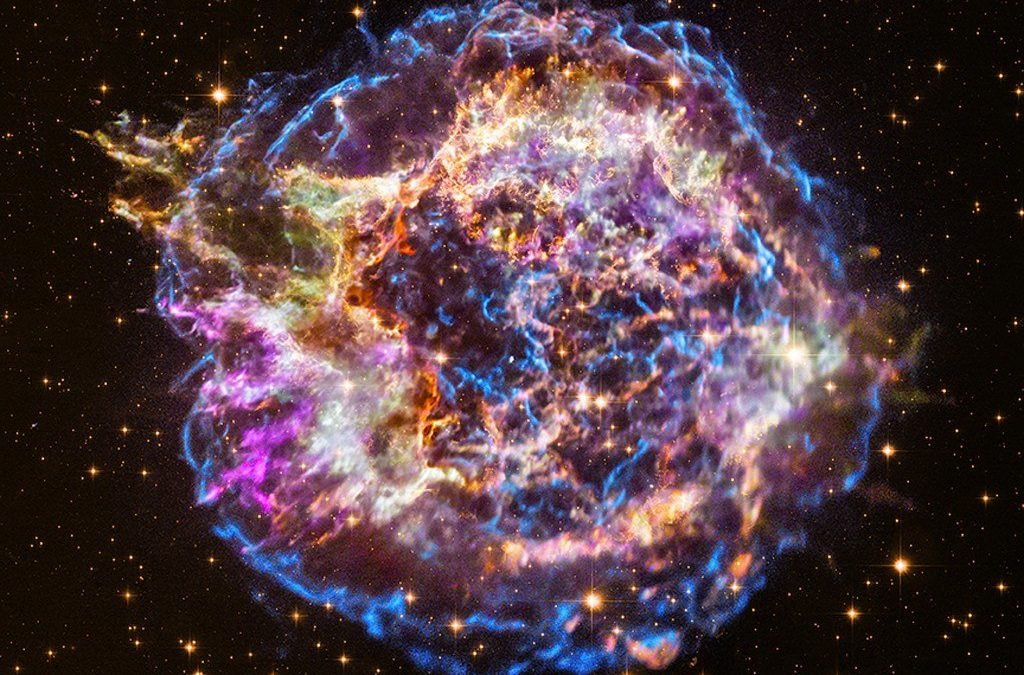 Right now, some people around the world reflect on the year that has already passed while others make New Resolutions lists. New dreams to achieve, new lessons to learn and new things to discover and experience throughout  2019.

But what would you say if you could step inside a star that is 11.000 light-years from Earth? Would it be on your wishlist? Because virtual reality never stops going beyond our imagination. And I know that technology has so much in store for humanity this year. So, are you ready? Because we will embark on a looong journey.

Cassiopeia A, the star towards which VR can bring anybody

400 hundred years ago, in the Milky Way,  a star from the Cassiopeia constellation with the mass almost 20 times heavier than the Sun’s mass exploded.  A supernova remnant named Cassiopeia A was left and, now,  a team from the Harvard-Smithsonian Center for Astrophysics (CfA) and the Center for Computation and Visualization at Brown University, led by Kimberly Kowal Arcand are making it possible for astrophysicists, astronomers and every curious person to be immersed through VR in  an experience that brings people inside a dead star. Arcand said “Our universe is dynamic and 3-D, but we don’t get that when we are constantly looking at things in two dimensions.”.

Why should this project be on your ”To do list”?

The experience provided is thought to be unique and the first of this kind. Interactive, adventurous and immersive, all these characteristics are part of a VR journey inside the exploded star. Infrared data from the Spitzer Space Telescopeoptical, data from other telescopes and X-ray data from NASA’s Chandra X-ray Observatory mission- all these  helped the project be an instrument through which people could be enriched with a better and deeper understanding of such a  famous and widely studied cosmic object.

What does this project consist of, more precisely?

The dead star people get to explore was rendered  into a 3-D model using the data previously mentioned.  Thanks to MinVR and VTK, two data visualization platforms, the model was converted into a VR experience. Arcand also said “Astronomers have long studied supernova remnants to better understand exactly how stars produce and disseminate many of the elements observed on Earth and in the cosmos at large.”.

How is the experience?

Once they put their headset on, the users find themselves walking inside a colourful digital rendering that marks the star’s explosion while information about the materials they see is provided. “The ability to look at something in three dimensions and being immersed in it just kind of opened up my eyes to think about it in different ways.” is what Kimberly Kowal Arcand said about his experience lived through the Cas A VR project.

Where can people go to have this cosmic and overwhelming immersion?

In order to access the Cas A project, people must request for a VR cave (a specially made room in which the floors and walls are projection screens) or have the VR computer platform, Oculus Rift.

The Universe is such a mysterious place and this VR project is a step further in the way we understand and conceptualize science.