The first airport in the world that uses VR technology 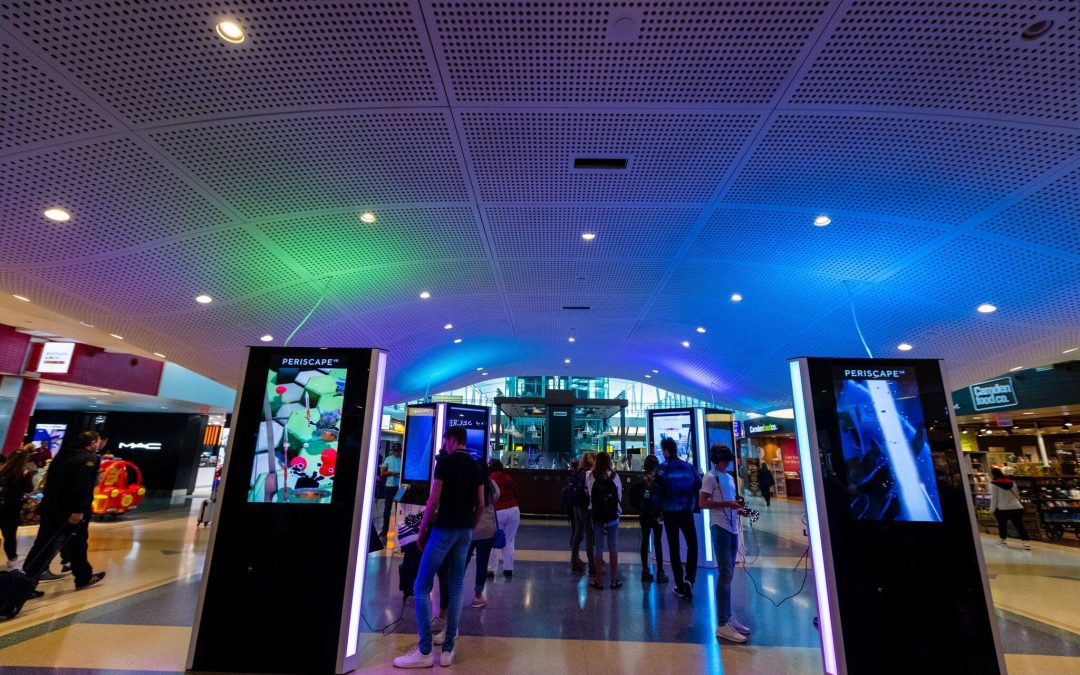 Having a flight delay? VR is here to end the boredom!

Everyday, there are millions of people who use the airplane to travel around the  world. And more than half of them have to face those many hours of long unexpected delays that, in most cases, make people  bored and frustrated.

The good news is that virtual reality never ceases to surprise us with its numerous ways it can be used in various fields: from architecture and gaming to business and even traveling.

The first Airplane to use VR technology is… JFK International Airport!

In New York, in Terminal 4 at John F. Kennedy International Airport,  70.000 people pass through it daily. Now, thanks to the airport’s collaboration with PeriscapeVR (the startup that designed the JFK s VR installation), visitors can be immersed in virtual worlds and have fun instead of getting bored.

Edward Midgley, Vice President of Commercial for JFKIAT, the company that manages Terminal 4, said  “We are thrilled to partner with PeriscapeVR to bring the first airport VR Experience Center offering location-based entertainment to travelers at Terminal 4. With more than 21 million annual passengers traveling across six continents, Terminal 4 is the perfect location to offer this amenity. T4 strives to provide passengers with the best experiences possible and PeriscapeVR will give travelers something new to enjoy while at the airport.”

What are the VR ways of entertainment there and what about the price?

Once that people get in T4, they are welcomed by a brand ambassador who guides them in choosing the perfect game that meets their interests. Visitors can only play for a limited time, from ten minutes to one hour and the prices charged by PerscapeVR range from 10$ for 10 minutes to 35$ for one hour or $1-$2 per minutes (an experience lasts for about 5 minutes). ”First Time”, ”Experience”, ”Create”, ”Play”, and ”Social Cause” are all the five content categories the experiences are grouped into. People are able to go to exotic places and they also can play many fun games, personify a celebrity or draw and create in 3D.

Other facts about JFK’s VR Center

HP is an important partner in this project, because it powers the VR technology needs in PeriscapeVR to make the experiences a lot more engaging and immersive, as the project is destined for one of the world’s most visited airports. HP Windows Mixed Reality Headset is used by the people who are willing to be immersed n a virtual world and get rid of that state of boredom all the travelers have during flight delays.

Lynn Rosenthal of Periscape VR says    ”Airports can often be stressful and boring. Periscape VR changes the traveller’s experience to a fun and joyful one. We hope to provide this to passengers around the world. People passing through from everywhere put on a VR headset and instantly begin to smile. They describe their experiences as euphoric, blissful and the most fun they have ever had in an airport. There is a saying that you never forget your first time in VR. I feel so much joy when I look around Periscape and see so many happy people.” .

Thereby, all we must do in case of getting ”stuck” in the JFK International Airport’s Terminal 4 is to let us guided in this beautiful, adventurous and  interesting journey provided by the VR impressive Technology we have nowadays.