Firefighter Helmets could be AR 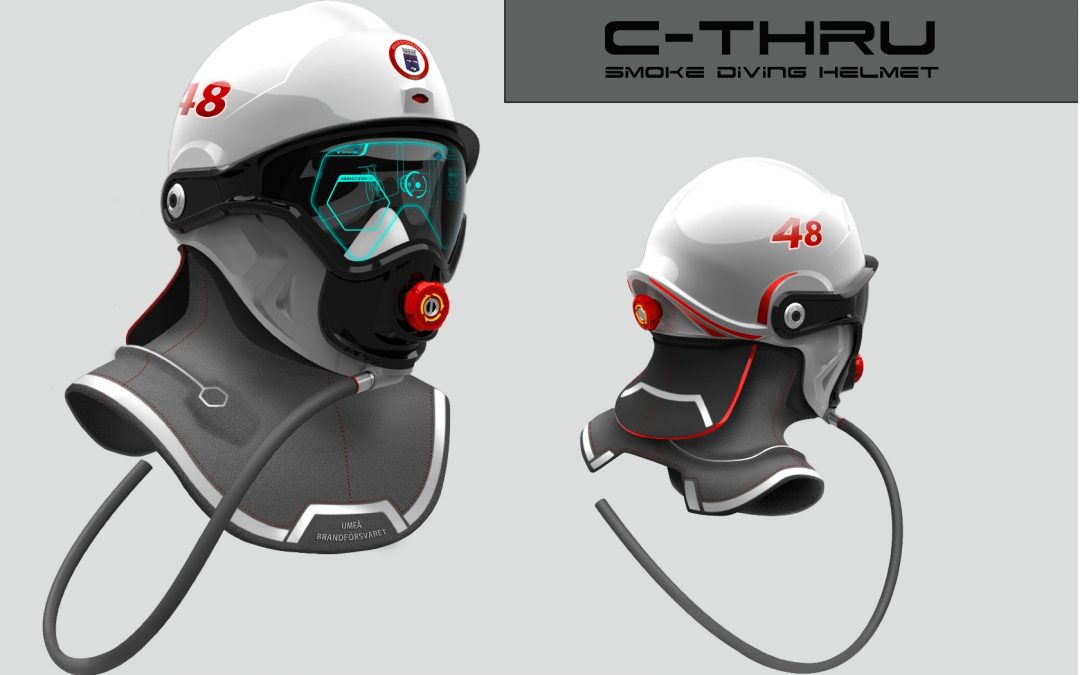 One of the trustiest tools firefighters have in burning buildings is a thermal-imaging camera, a device that allows them to see through dense smoke. Unfortunately, to use it, a firefighter has to stop, take a photo, and then evaluate the information they see on-screen. In normal environments, those few seconds might not matter all that much. For firefighters, it can mean life or death.

A company called Qwake is looking give back those vital moments with their AR Smoke Diving Helmet—a helmet that employs a combination of thermal imaging, toxicity sensors, and edge detection along with a system they’ve developed called C-THRU.

“One second makes a huge difference,” said Mark Dejnozka, an 18-year veteran of the Saratoga Springs, NY Fire Department. “The technology behind the Qwake AR helmet would literally give back those extremely important seconds to get the advantage on a blazing fire.”

The C-THRU system works by integrating several technologies: head-mounted projection display, optical thermal camera, cloud computing, selective active noise cancellation, target acquisition, and an augmented reality display—all built into the helmet to give the firefighter real-time navigation directly within line-of-sight. This important information is essential in allowing the firefighter to move throughout a building much faster—in some cases even five times faster.

“The cameras are 2-3 pounds, they get heavy,” said Dejnozka. “When using it, you lose the ability to use that hand. The Qwake helmet would reduce much of that load and allow me to have both of my hands free to move around, which would increase the safety of the firefighter, and it would improve our chances of stopping the fire.”

Firefighters normally crawl on the floor and use their hands against the wall to help them navigate through a room, but the C-THRU system eliminates that and uses the AR display to create bright edges to help outline everything from walls, doors, and even people. It does this by collecting data in real-time and sending it to the Smoke Diver Leader’s handheld device, which is located outside of a burning building. The information is then calculated and sent back to the helmet as a newly generated 3D wireframe, and projected to the head-mounted projectors through the front visor of the helmet, much like a Microsoft HoloLens.

The 3D wireframe assists the firefighters in outlining their surroundings, no matter what the visibility is with three visual settings: Smart Edge Detection, Hot Spot ID, and Thermal Edge. The C-THRU device is about the size of a deck of cards and able to integrate auxiliary sensors and wireless data for advanced situational awareness, powered by Nvidia Tegra mobile processors.

Along with the Smoke Diver Helmet, C-THRU is a modular platform that can also accommodate devices such as drones, hand held device and robotics.

“I went to close the door to stop the fire from spreading, I was on the third floor, but through the smoke and the situation, I got lost because I was disoriented. Thankfully I managed to figure it out, but it could have ended badly.” Dejnozka continues, “Being able to see where the walls and doors are would prevent confusion.”

The Qwake Smoke Diving Helmet with C-THRU is the company’s first product, could be the future of firefighting equipment. As Dejnozka says, “This helmet would give me the ability to help people better, as well as save their property and memories.”

Qwake Tech is already thinking about the next generation helmet, which would include object recognition and flow path tracking. The project is being sponsored by the Umea Fire Brigade.