Ever since 360 photos and videos came to Facebook, people around the world have embraced these new formats. 360 can take you into the action with your favorite sports teams, bring you behind the scenes at awards shows, transport you to beautiful places around the world, and put you at the center of breaking news moments like never before. 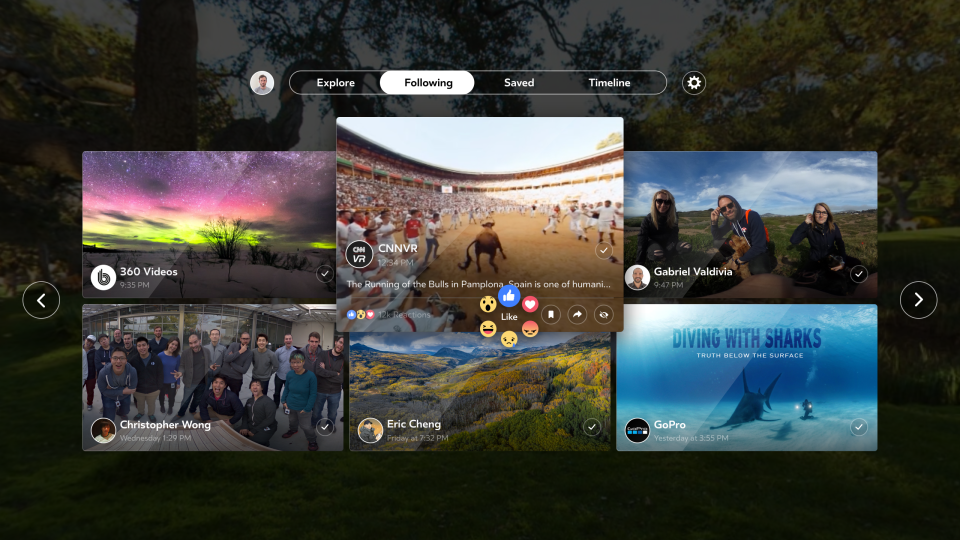 Experience 360 videos and photos from Pages and friends you follow in the Following feed.

To download the Facebook 360 app for Gear VR, open the Oculus app on your Gear VR-compatible Samsung device and search for Facebook 360, or visit the Oculus site to get started.

With more than 25 million 360 photos and more than 1 million 360 videos posted on Facebook to date, there’s plenty of great content to discover in Facebook 360. The app is a one-stop shop for catching up on what you may have missed from your friends and others you follow, diving into the 360 photos and videos you’ve saved, and finding something new to enjoy. 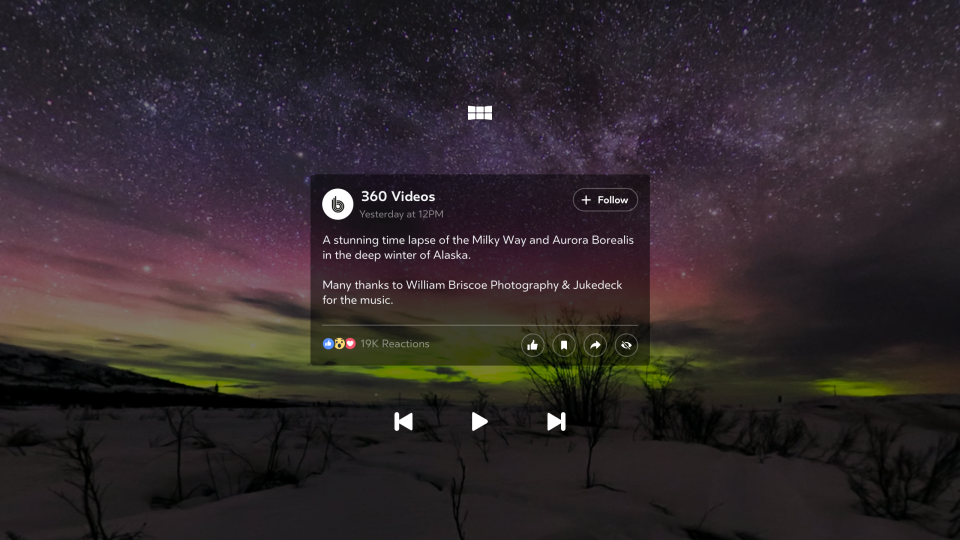 When you’re immersed in an experience, you can pull up more information about the photo or video and even react to, save or share it.

At launch, the app will feature four feeds:

We look forward to seeing how people use the app to connect with the people and things they care about, and we’ll continue to improve the experience and hope to bring it to more platforms over time.