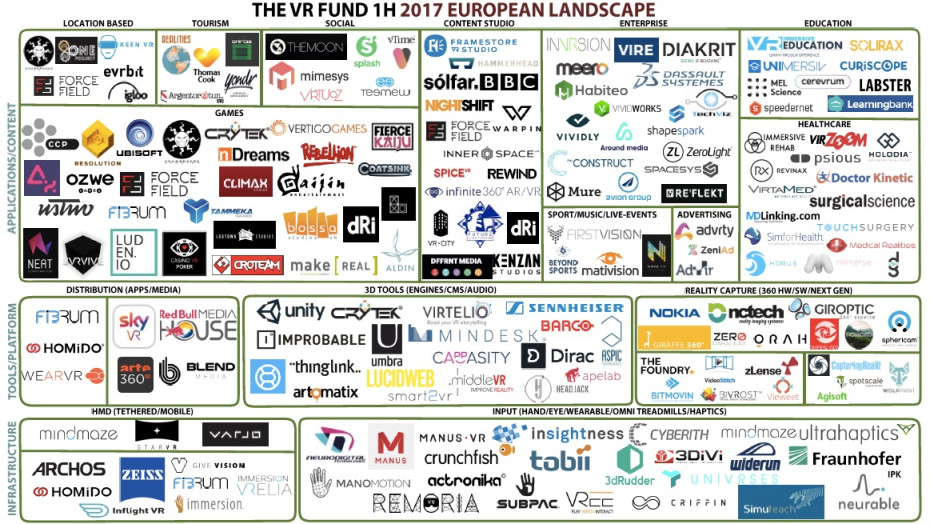 Europe’s virtual reality economy continues to expand at a remarkable pace despite some overall skepticism about the technology, according to the second European Virtual Reality landscape released by The Venture Reality Fund and Belgium’s LucidWeb.

The report identified 487 virtual reality companies operating in Europe, up from the 300 uncovered in the first report, which was released in February. The study identified 46 VR companies in the U.K. and 29 in France. Sweden (19) jumped ahead of Germany (15) in this round.

“The VR industry continues to grow, and next to the United Kingdom and France, Sweden has now caught up in terms of the number of high-performing startups across the VR industry,” said Leen Segers, cofounder and CEO of LucidWeb.

The study includes VR companies that are making infrastructure, tools, platforms, and apps. The study noted that investment was on the rise in enterprise-related VR technologies but remained cooler for areas like health care and education.