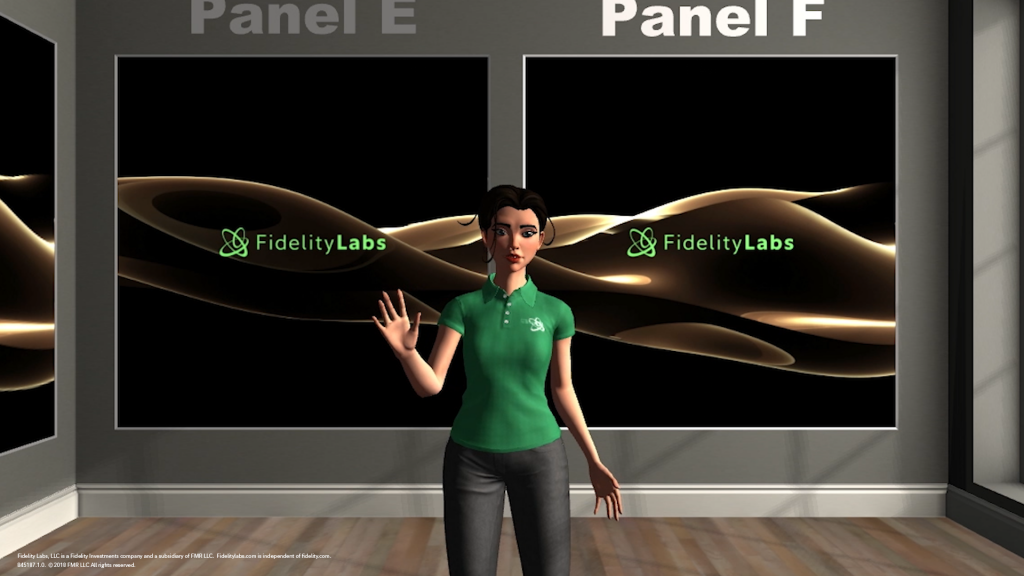 What is Fidelity Investments Inc.?

It is a multinational financial services corporation based in Boston, Massachusetts and its innovation arm, Fidelity Lab, believes that virtual reality can really revolutionise the world of finance and could have a place in the financial services industry.

Who is Cora more precisely?

She is a chatbot dressed as a virtual person who lives in her own virtual reality room.  Cora will conjure the stock chart to appear on a wall in her virtual office like she’s showing off a financial graph on virtual projector. Amazon Lex governes her interactions provides the framework for a conversational tree while Polly produces the realistic speech audio from text. The people will be able to interact with her by using a Virtual Reality headset.

Through what devices can you use this program?

Adam Schouela, the Fidelity Labs’ Vice President,  tried out this project through different headsets like HTC Vive and Facebook’s Oculus Rift and ultimately, concluded that that some headsets are better suited for some tasks than others.

Demonstration- how an interaction between Cora and a customer could proceed?

Firstly, Cora  greets the customer and then, the conversation consists in strictly the costumer’s requests and Cora’s answers. He can ask Cora to show him a graph of Amazon’s stock. After a moment of computation, a candlestick graph appears on one of the screens in the virtual room behind Cora’s avatar. Her mouth also moves realistically in combination with her speech and her body that wears realistic clothes animates, shifting her head and moving her shoulders as she speaks.

Some statements about this project

Fidelity Lab says: “This proof of concept is a prototype. But imagine what experiences like this could mean for how you interact with your finances in the future? Virtual reality can help you imagine your savings goals… Add in a virtual coach who can answer your questions and give you the information you need to make decisions without ‘data overload’.”.