Can an athlete actually train through VR? 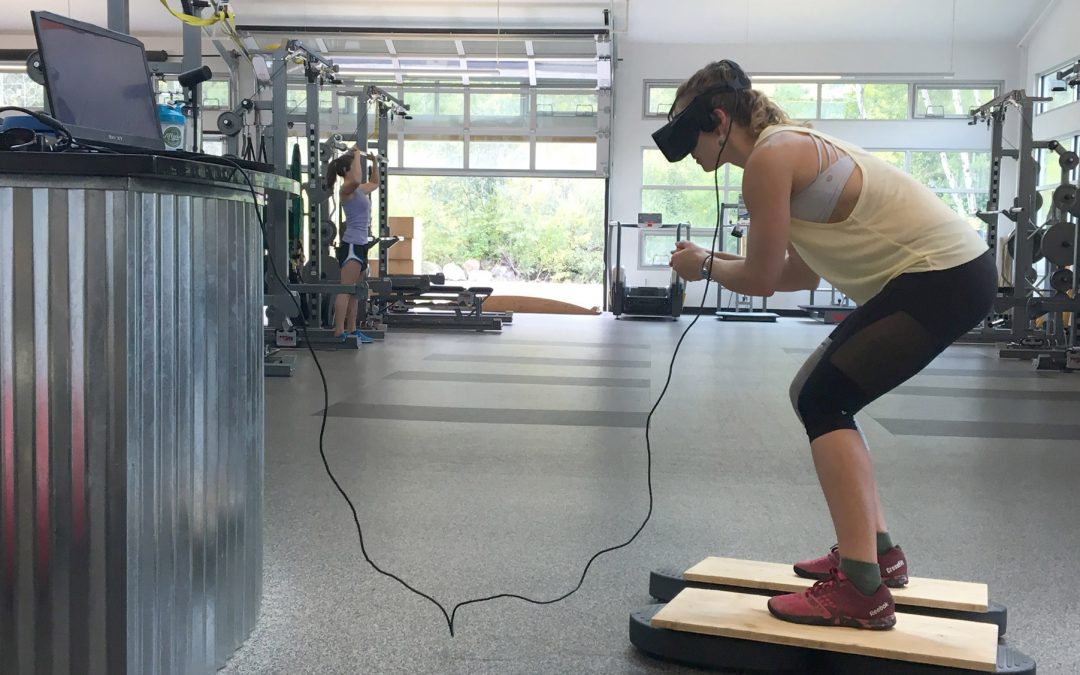 YES! But when, who and how?

To maximize their output at this year’s Winter Games that will take place in Pyeongchang,  South Korea, Team USA  is embracing new technology, moving from mountain bike-inspired prosthetics to couch skiing. The U.S. ski and snowboard team is training a little differently than it has in the past, using VR to review routes multiple times before competing. For the past two years, the U.S. Ski and Snowboard Association has worked  with the virtual-reality company STRIVR Labs (a firm that also produces Walmart’s VR training systems  and it has built training programs for NFL players) to create the training program.

The U.S. Ski and Snowboard Team director’s point of view on this program

According to Troy Taylor, the high performance director of the U.S. Ski and Snowboard Team, the athletes have often had extremely limited opportunities to train on the runs there.  He also said: “The clear advantage of VR is that it is a great way to help athletes get more used to and learn specific courses. The feedback we have from our athletes suggests that the biggest benefit of using VR is building confidence. They feel they know the course better, so when they come to ski on it during a race, they enter the start gate with an increased confidence level.”.

How doest it work?

When they get home, U.S. athletes are able to ski the course over and over again, using STRIVR’s VR platform, because the skiers were previously sent down the slopes with cameras, shooting 360 video, and then doing a set of post-production processes meant to make it as tolerable as possible. To feel like they’re actually going down a mountain, the athletes use the system inside a ski simulator or standing on balance disks.

STRIVR claims some athletes have improved improve reaction time by 20% after training with its tech.

STRIVR‘s platform allows coaches to edit their VR training videos, meaning they can prepare their athletes for unexpected obstacles. For example, coaches often insert rain or fog into their athletes’ VR experiences for an extra challenge.

Also, an imprtant benefit of using VR is rehabilitation. Skiers who are injured often can’t train on the slopes, so VR represents a part of the rehabilitation process of the atheletes  who have suffered long-term injuries.

Troy also said “VR helps our athletes visualize the courses they will race on in a virtual environment, which is both helpful in terms of familiarizing themselves with the different race courses you find at each venue, and it’s a safer way to train than skiing… It is another tool we have in the locker to help our athletes, and every little bit counts.”.