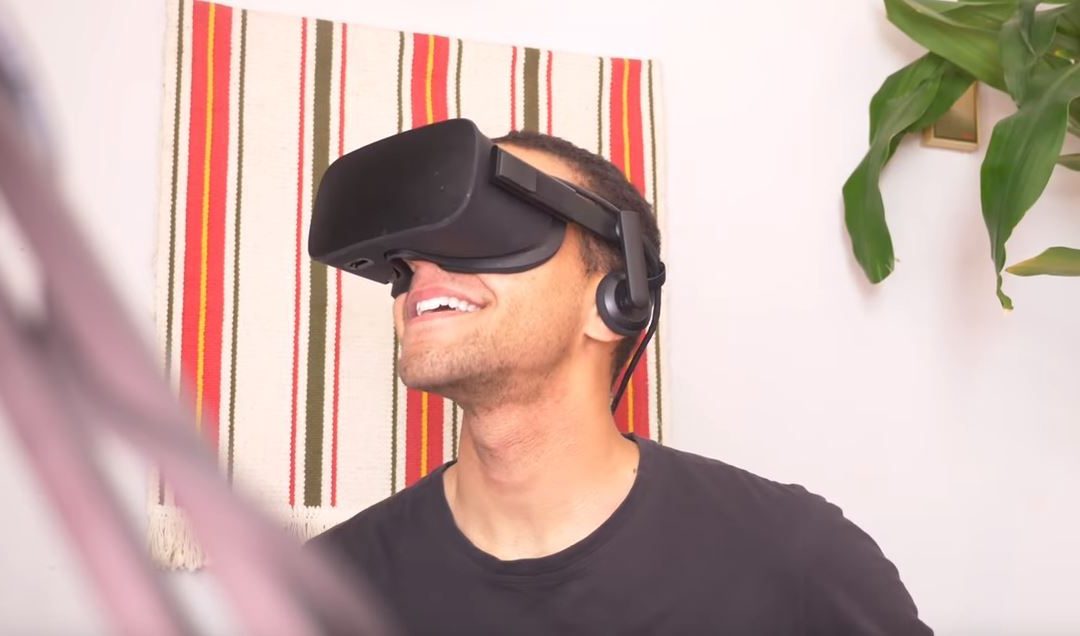 The title sounds pretty crazy and insane, doesn’t it? Well, let’s face it, it really is, as the guy himself, who chose to do the VR marathon for an entire week, said that the experience was “quite possibly the dumbest thing” he has ever done.

Yes, life can sometimes be messed up and eventually make us get to the point where we want to escape from reality and create one over which we could have control. Thereby, this guy literally moved to VR.  Surprisingly,     the experience made him value the reality we live in more but also made him more aware of how the future will be like.

Who is the man who became one with the virtual landscape?

Jak Wilmot is the co-founder of the VR company Disrupt  who uploaded this month a summary video of his 168-hour VR marathon which immediatly went viral on YouTube. He succeeded in doing so thanks to more headsets, including Oculus headset and HTC Vive headset.

While he was being immersed in virtual reality for an entire week, he was physically still in his windowless apartment (in order to not let nature interfere as the VR headset stimulated the alternance day/night) from Atlanta; he therefore ate, worked-out, showered and even went to sleep in VR.

He only got off his VR headset for 30 seconds when he needed to replace it in order to wear the HTC Vive headset which has outside cameras.

What does Jak have to say about this experience?

“If one is feeling stressed, they can load into a natural environment for ten minutes and relax. If one is feeling energetic, they can dispel energy in a fitness game — these are like the new rules of the reality I’ve thrown myself in. Everything is in the headset. It’s also very easy to find your tribe, to make friends, to communicate with others through a virtual landscape, where its no longer through digital window [like a monitor], but actually being there with them. To me that’s what VR is — connection.”

As for when he returned to reality, Jak said he quite felt a little bit dizzy but has not felt any disadvantages regarding his health.     The 168-hour VR experiment was a success and also a proof that people can essentially live in virtual worlds without loosing the connection with people but rather regaining it and without losing the good healthy habits like exercising and sleeping well. Would you go for it?